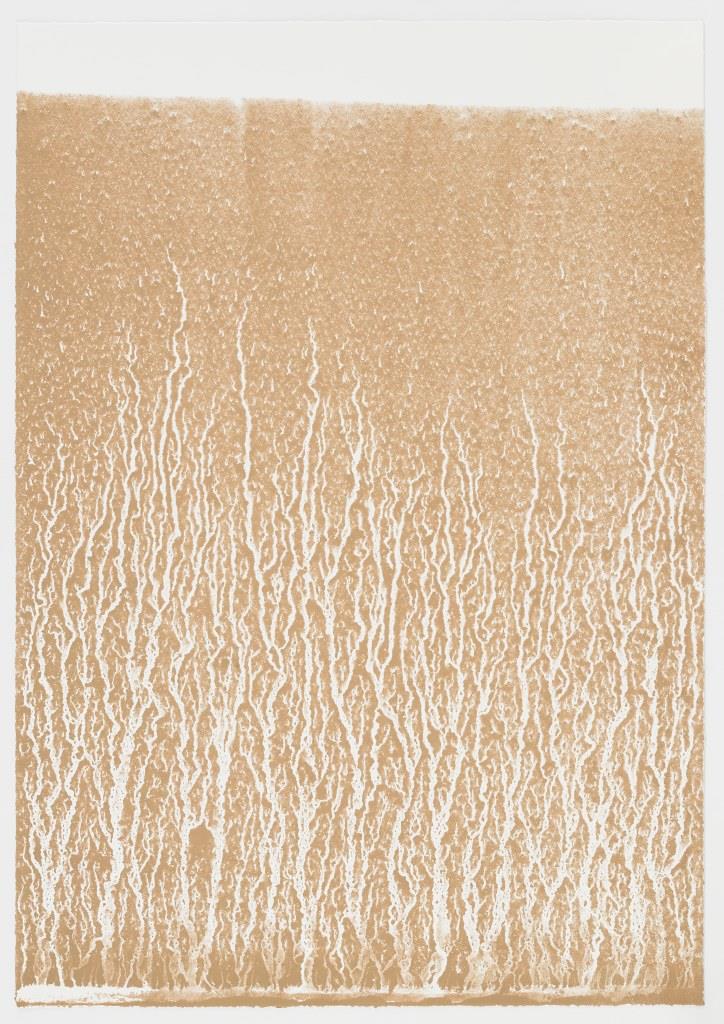 It’s more than half a century ago that Richard Long’s A Line Made by Walking established the idea that art could be a journey, that flattening a piece of grass by walking on it could make concepts like time, space and distance into subjects for art. Art, it implied, need not be permanent and could be expressing not just something physical.

Since then, Long has, if you’ll pardon the expression, trod the same path by making small gestures of interventions in landscapes all over the world and using natural elements to meditate on man’s long relationship with the natural world.

In The Tide is High (named after the Blondie song – in fact all his works are named after songs he likes), showing at London’s Alan Cristea Gallery, Long is exhibiting new works from a familiar source – the mud of the River Avon in Bristol where he lives.

The Avon has some of the lowest and highest tides in Europe and has inspired Long since his youth. Long will go there at low tide and collect mud. He will then dip paper into it and hold it up so that the mud drips down to create patterns. It’s a process that has been much imitated by other artists. The lines that you see resembling veins are actually the paper, the mud forming the rest.

On show are six original works which form the basis for a number of screen prints taken from them. These have been blown up and printed on to coloured paper to create a more striking appearance. They all represent abstract works yet by using the natural element of mud, Long reminds us of the lyrical ebb and flow of the tide and of the timelessness, universality and beauty of the natural world.

Alongside these new works are a selection of previous prints he has made using carborundum, a type of silicon which is ground down and mixed with water to form a paste. It was famously used by Howard Hodgkin. It was through this medium that Long first embraced colour.

Using large blank aluminium plates, Long has used masking tape to create a maze-like geometric shape after which he has applied the carborundum directly with his hand to create an extraordinary rhythmical and interlocking pattern. This was, in the case of Fingers on Fire, the diptych above, printed in crimson red and yellow with hand painting applied either before or after the printing. Once again, there’s a rhythm to the print echoing the rhythm of the natural world, and his hand movements are a physical process in the same way that his physical act of walking is intrinsic to his art. What’s more, these are large-scale works, some eight feet high.

The Maker, above, is perhaps the closest to his mud works in terms of its colour. It’s a triptych printed in mud-coloured ink onto a grey background. The result is almost hypnotic and, with all his works, great subjects for contemplation.

The Tide is High is showing at the Alan Cristea Gallery, 43 Pall Mall, London SW1Y 5JG until 5 January 2019

The images are courtesy of the artist and gallery.