The image above is an example of how art can be used to highlight an environmental concern that is plaguing eco-systems the world over, in particular in areas vulnerable to the excesses of tourism. Spurred on by the publicity generated from the disturbing footage in Blue Planet 2, consciousness about the danger of plastic pollution has risen substantially recently. Yet, for many it’s been very late in coming.

Photographer Alexander James has been diving in the Maldives for more than 30 years and has seen plastic pollution there getting steadily worse. Already vulnerable to rising sea-levels caused by global warming, the island nation faces this further threat since it has no physical way of disposing of its plastic waste – 95% of which has been brought in by tourists – other than to put it into landfill. One island is growing one metre a day just from plastic alone. Bits of plastic are ending up in fish.

30 years ago, James foresaw the problem. He brought a can crusher to the Maldives and lobbied hotels to advise their customers to use such an implement and to take their rubbish away with them when they left. But he was vilified. Now, he is welcomed with open arms. 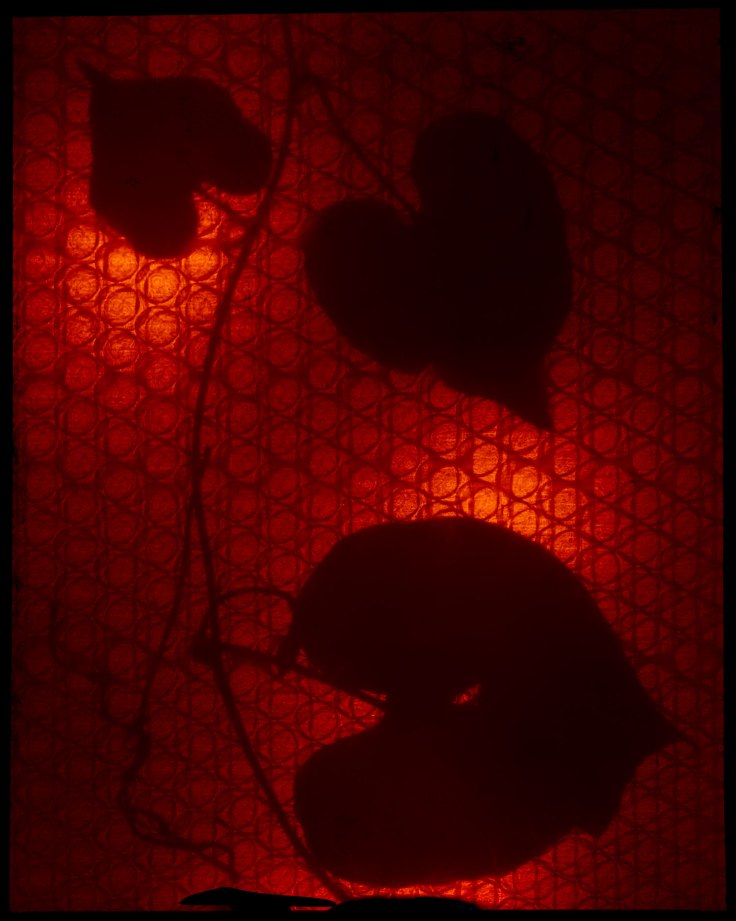 That’s because he has funded a machine that will dispose of 30,000 plastic bottles a day and convert them into building materials. “If you want to build a house in the Maldives,” he explains, “you have to pay someone to bring wood from say Sri Lanka or India. Now they can collect plastic from their beaches bring it to this facility and actually create plastic ‘wooden’ planks.”

The community-led facility which runs on solar power is due to start operating this summer. To help pay for it and to raise awareness, James has turned to his art. Pure water has been the signature running through his work. In various exhibitions he has used it to accentuate the details in large-scale photographs of objects or people immersed in it, and as a way to manipulate the light.

However, for this show he has dispensed with the camera completely. Unable to take the weight of photographic equipment on the boat in which he spent three months kayaking around the atolls while free-diving the coral reefs, he has turned to the photogram. Using old-school 10 x 8 photography techniques, he has collected detritus – plastic netting, bags, packaging and the like – found in the waters and laid it, together with island organic material, on to a super-sensitive film plate to create shadows. When exposed to the light the result is extraordinary but poignant patterns. The one above, for instance, features the texture of bubble-wrap, a ubiquitous item of pollution among the atolls.

“Whilst a photogram has far less information than a normal photograph,” says James, “the intimacy created is profound.”  One exposed to sunlight takes mere seconds to process. One taken in moonlight is complete in a couple of minutes.

He has selected 20 illuminated photogram prints and framed them in cotton velvet and American walnut wood. They will be auctioned on Friday 25 May through the Dellasposa Gallery with the bidding starting at £2,000. In the meantime, they will be on show until 10 June. Non-illuminated framed and unframed photograms are also on sale.

To raise further awareness, James also wrote some 150 letters from his temporary studio in the Maldives to environmentalists, journalists and gallerists around the world. Breaking the story into fragments, he included in each letter a polaroid film photogram to try to inspire the recipients to make simple life changes and to spread the word about the dangers of plastic pollution. He says it’s his call to arms. For James is furious about the lack of action he has witnessed on the whole issue so far.

“I am disgusted at people’s apathy and disgusted at people’s reluctance. I know people who are so capable of making profound changes yet they sit on their arse and do nothing…so why aren’t the large-scale manufacturers like Coca Cola and the like that are producing the materials that are causing the problem doing anything? If I can do it, why can’t others?

The Dellasposa Gallery is at 2A Bathurst St, London W2 SD

You can discover more about Alexander James’s work here