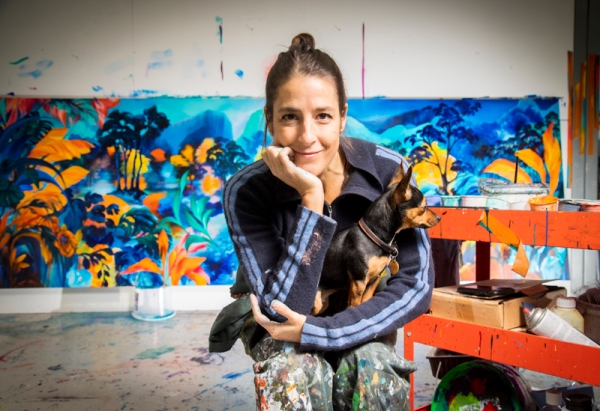 In our latest podcast episode, British painter Orlanda Broom talks about why her hyper-coloured landscapes are more than just decorative, how a stay in Portugal revived her passion for art, how her process for painting landscapes and abstracts differs widely and how she enjoys painting large-scale commissions.

In our latest podcast episode, British abstract artist Mark Surridge talks with Bob Chaundy about the Cornish art scene, his journey from graphic design to abstract art, the controversy over his picture Storm Glow, how landscape has inspired him to delve into his psyche and how a residency in New Zealand affected his work.

In our latest podcast episode, abstract artist Ian Davenport discusses his early experience as a so-called YBA (Young British Artist), his love of experimenting with process and the development of his renowned colourful stripe and puddle paintings. 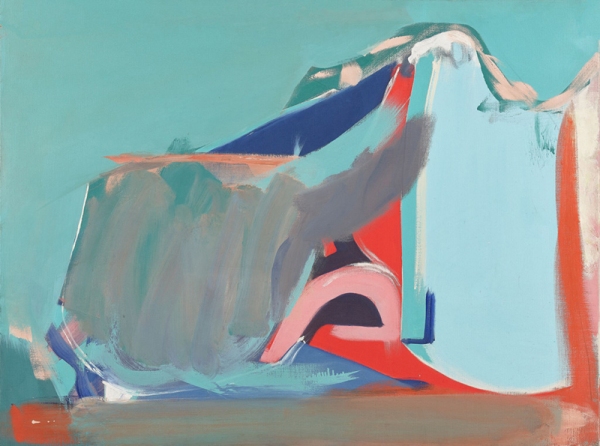 Terry Frost, Patrick Heron, Peter Lanyon and William Scott were groundbreaking British post-war artists who were inspired by the Cornish landscape. These major figures are featured in a new exhibition at Beaux Arts London entitled Giants of British Modernism. The four, together with many others such as Barbara Hepworth, Ben Nicholson and Bernard Leach, were pioneers of British abstract art and were associated with the St Ives School.

The fishing village of St Ives attracted artists for its spectacular scenery and the clarity of its light. Patricia Singh, co-director of Beaux Arts, ran the Will’s Lane Gallery in St Ives in the 1970s and knew three of the four artists well. Peter Lanyon had died in a glider crash in 1964. The exhibition features 5-6 works from each painter. In the following interview she was able to give me a personal insight into the artists’ works and the creativity behind them.

At the age of 73, with a career spanning six decades, Sean Scully shows no sign of slowing down. He has no fewer than 18 solo exhibitions currently at museums and institutions around the world, most notably at the Hirshhorn Museum in Washington DC, the Walker Gallery in Liverpool and at the Yorkshire Sculpture Park. Now comes his first solo show, Uninsideout, at London’s BlainSouthern gallery in which he’s exhibiting 18 new or nearly new works including a group of his well-known Landline series.  END_OF_DOCUMENT_TOKEN_TO_BE_REPLACED